Zoran Zaev, the Prime Minister of North Macedonia, together with Health Minister Venko Filipche and the European Commissioner for Neighborhood and Enlargement Olivér Várhelyi and the Federal Minister of Austria for EU and the Constitution, Karoline Edtstadler, as part of their visit to our country on the ocassion of the arrival of the first batch of vaccines against COVID-19, that were allocated and financed by the European Union, visited the vaccination station at the Boris Trajkovski Sports Centre.

“The first batch of vaccines out of the approved 119 213 doses of Pfizer that the EU has secured as an aid for North Macedonia through trilateral agreements as part of the Team Europe program, arrived today. Through this program for aid by delivering vaccines for the Western Balkans, coordinated by Austria, the first shipment of 4 850 doses arrived, and the rest of the 19,890 are planned to be delivered during May,” said Zaev, who also stressed that another shipment of 4,850 Pfizer vaccines arrived today, that were obtained through direct negotiations with the producer.

The Prime Minister of North Macedonia said that he expects that with the citizens’ will for vaccination, with the procured vaccines and with a well-organized vaccination system, the complete epidemiological picture will change for the better in the sense of achieving a collective immunity.

“9 million EUR from the EU were allocated for assisting the health sector that in turn were used for the procurement of 25 respirators, over 35,000 units of specialized medical equipment and over 1,6 million units of personal protection equipment,” said Zaev who also said that 40 million EUR from the EU’s funds were allocated for the support of more than 2,500 micro and small companies. This helped to preserve over 2,100 jobs. An additional 24 million EUR were allocated to provide support for the economic growth programs and for decreasing the youth unemployment for over 7,000 young people with offered programs for trainings in order to be more competitive on the labor market during the pandemic.

During the press conference, the EU Commissioner Várhelyi expressed his satisfaction for visiting North Macedonia and the success of delivering the first vaccines that were provided by the European Union, which he stressed was not an easy process, but a result of the European Union’s hard work. He also expressed his gratitude for the Austrian government’s efforts.

EU Commissioner Várhelyi also said that almost 120,000 vaccines funded by the EU were a gift approved for the Republic of North Macedonia and will be delivered by the end of August. These were delivered in an effort for the pandemic to be over as soon as possible.

In her address, the Federal Minister for the EU and Constitution at the Federal Chancellery, Karoline Edtstadler, stressed that “no one is safe and secure until everyone is safe” and underlined that vaccination centers are places of hope and that only this process can help the pandemic to be overcome that has caused suffering in Europe and the whole world. 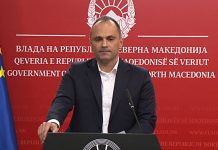 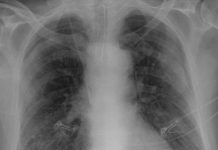