In another feel-good story from down under, Australian youth is leading the way. An eleven-year-old Australian from Sydney has created an online magazine about international women’s sports.

Abbie decided on this venture after she discovered there were no sports magazines for girls. So she created Her Way:

It costs the rock-bottom price of 2.00 Australian dollars (1.50 US dollars) and half will be donated to UNICEF Australia’s Empower Girls Through Cricket appeal.

Meet the 11-year-old who created Her Way magazine to tell stories about women's sport https://t.co/mHRkz7INUm

If you want a feel good podcast – meet Abbie, the creator of @HerwayMagazine
She’s 11-years-old and smashin’ ceilings! 💯🙏🙌
Thanks for chatting to me on Real Talk – full episode 👇👇https://t.co/vovlbcxhtq pic.twitter.com/1K3z0MQRTh

Abbie has also been featured on national Ten Network’s Studio 10:

Abbie is no stranger to being on centre stage. As an eight-year-old in 2019, she was an  Australian Football League (AFL) Auskicker of the year nominee, appearing in a national TV interview with 7 million viewers. The YouTube version is available here.

That year she also played on the Melbourne Cricket Ground in a game at half-time during the AFL grand final. Later Abbie presented a premiership medal, joking to the player receiving it, ‘you’re pretty good for a boy’. She tells the full story in Issue 1 of the magazine.

Abbie has reached out to international stars in a range of sports. Hannah Green, Australian golfer and winner of the 2019 Women’s PGA Championship, was featured in the first issue, with further interviews coming in future editions.

This catchy tweet, warning fans of a time change due to daylight savings, brought thanks from the all-conquering Australian Women’s Cricket Team:

She has other high profile fans:

OMG @Anthony_Wiggle just liked a tweet of mine. Five years ago my sister and I dressed up like Emma at a Wiggles show 🥰😂

Abbie is prepared to call out the media’s biggest players in sports coverage. This tweet is clearly aimed at the priorities of a national TV network:

Why do horses get chosen over women? #7sport

She has plenty of online supporters who agree with her:

In a week where an 11 year old girl has started an online magazine for women’s sport (so refreshing) @HerwayMagazine , @SMHsport could only manage 2 tiny stories on women’s sport – ½ page out of 14 pages

Global Voices asked Abbie about the magazine and herself.

Kevin Rennie (KR): Why did you choose the online magazine format for your venture?

Abbie: Initially I wanted a real magazine, because I love collecting magazines. But we decided in order to get it to people everywhere quickly, and to keep the cost really low, online was best. Also, younger people all have screens now, so it’s an easy way to read it.

KR: How is your team made up? Where does the tech support come from?

Abbie: It’s mostly me and my dad. He helps with a bit of research, and all the photos are ones he has taken when we go to games or meet people. Mum proof reads it and has done a lot of the stuff with the site to buy it.

KR: What other plans do you have, either publicly or personally, such as career/study paths?

Abbie: I’m not too sure about career. This has definitely given me some ideas about being involved with sport in journalism if I don’t end up playing sport professionally. But I also would love to work with hearing impaired people, animals, or kids. There’s lot I would like to do.

KR: How does it feel to call out the big media players?

Abbie: I only did this because it’s something I’m passionate about, and I created something I wanted to read and thought other people might as well. I didn’t really think anything else about it

KR: Do you have any other comments on the Her Way journey so far?

Abbie: The reaction has been way bigger than I thought. I probably thought 20 people might like it. But to have people all over the world buy the magazine, and to have people want to interview me has been really cool but unexpected.

Great to see young people are leading the way for Aussies’ future. Abbie is doing an amazing thing!

This article by Kevin Rennie was first published by Global Voices under Creative Commons Attribution license (CC BY 3.0). An edited version is republished by Meta.mk under a content-sharing agreement between Global Voices and Metamorphosis Foundation. 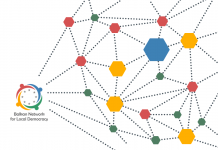 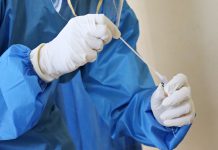