Meta.mk
Economy Electronic toll payment will be introduced at toll stations along Corridor 8... 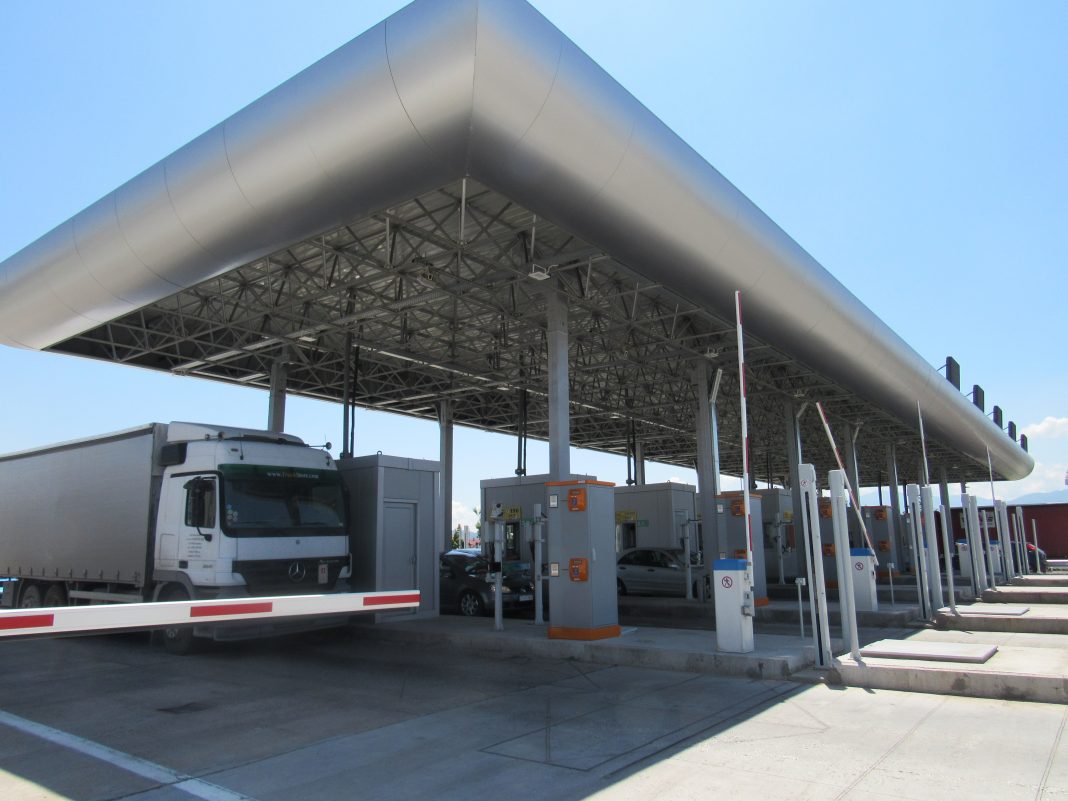 The Agreement for financing with EBD was signed today and the amount will be used for the building of pay toll stations Kadrifakovo and Preod (Miladinovci -Shtip) including a planned toll station Arbinovo (Kichevo – Ohrid highway). Apart from the building of toll stations, these stations will also use an electronic collection system. The new project will allow the citizens to pay with their electronic devices at current toll stations in the Corridor 8 – Miladinovci, Glumovo, Zelino, tetovo and Gostivar.

The project plans to connect the upgraded and new toll stations at highways with an operative center for toll stations in Petrovec. The loan will be used for upgrading an additional passage in order to increase the capacity of Miladinovci toll station.

The Minister for Transportation and Communications Goran Sugareski stressed that the electronic collection system is part of the intelligent transportation system that will contribute to modernizing the transportation which will increase the functionality, security and the predictability of the road traffic.

Apart from the improvements of road transportation, the EBRD load will also be used for investment in the production of renewable energy. The installment of solar panels at all 15 toll stations throughout the country will allow almost half of the electrical energy for the stations to be generated from these panels. This way, the Public Enterprise for State Roads will save part of the expenses necessary for the stations to run smoothly.

The European Bank for reconstruction and Development loaned the Public Enterprise for State Roads int he amount of 13 million euros for this purpose while the additional 700.000 euros will be secured by the enterprise itself from its own budget.