The meeting between the vice presidents of DUI and the Albanian Alliance is over, but none of the representatives of both political parties would reveal any details about the two-hour long meeting. They didn’t reveal what kind of proposals were in the document that was sent by SDSM’s leader, Zoran Zaev, and whether it is acceptable for them.

DUI and the Albanian Alliance briefly informed that “they talked about their joint platform.”

-Today’s meeting is a meeting between our parties’ working groups which is within the spirit of the platform for cooperation between the political parties of the Albanians. We openly discussed each item that we think are very important and who bring closer Macedonia towards NATO and EU – said Teuta Arifi, the vice president of DUI.

A similar stance had Arben Taravari, who said that it is very important to implement all items from the joint platform.

-We discussed all items from the platform of the Albanian parties. For us, as the Albanian Alliance, it is very important that all items on the platform to be implemented regardless of who will be a part of the future government. For the next steps our leaders will provide answers – said the Secretary of the Movement for reforms of DPA, Tarvari.

Today, before the meeting, BESA announced that so far they haven’t received an invitation from DUI or SDSM. They said that they still refuse to sit at the same table with DUI and that they have already offered their signatures to SDSM. 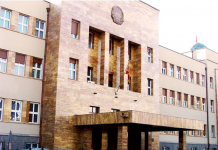 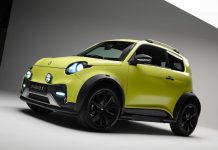