Meta.mk
MKD The driver was not under influence of alcohol or medications, investigation to... Reporting on all the actions taken during the inspection, the Prosecutor’s Office said that the bus driver had not provided relevant information about the moments leading to the accident during the preliminary hearing with two prosecutors, and the laboratory analyzes have shown that he was not under influence of alcohol, narcotics or medication. Also, the PPO Skopje say that they will require records from mobile operators to determine whether the driver was on the telephone while driving.

The bus was taken for a forensic investigation at the Faculty of Mechanical Engineering in Skopje, and today at the scene of the accident experts from the Faculty came for a preliminary investigation of the bus.

“From previous findings, it was established that the bus was purchased in 2001, and it was last registered in January 2019. By order of the Public Prosecutor, the Faculty of Mechanical Engineering will present its findings and opinion in writing,” said the press release from the PPO Skopje. 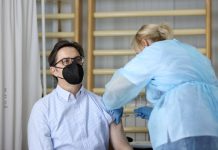