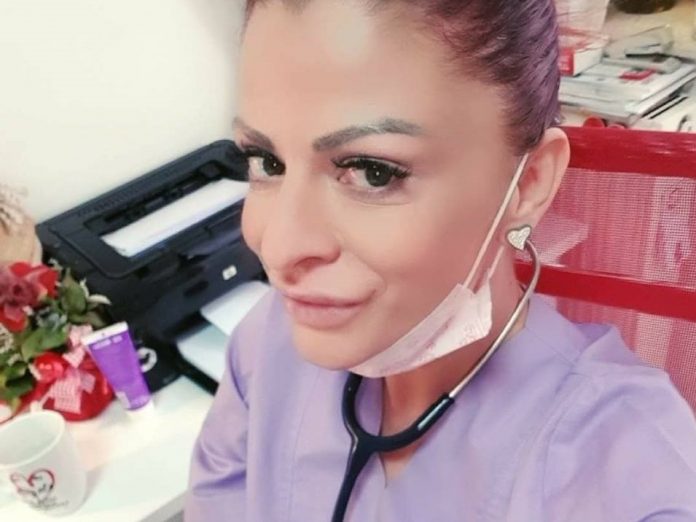 At the doctor’s surgery “Mediko Marija” every day there are patients who are complaining of issues typical for stomach viruses, but later it proves to be COVID-19, says Dr. Vesna Stojanova – Atanasovska, a general medicine doctor. According to her findings in the last period, more and more children and teenagers are complaining about issues that, after the tests, prove to be COVID-19. Just the day before, eight of her patients were tested positive and five of them were children.

“COVID-related cases are on the rise in North Macedonia and there is a rise among the children population. In the summer period, there are stomach viruses and that is considered normal. But this summer, new symptoms appear, such as high temperature, stuffed nose, fatigue, so even the doctors can make a mistake thinking it’s a stomach virus and the condition is treated as such. Now I ordered some of the children who are my patients, those who were suspicious, to be tested, which showed that they were COVID-positive. These were children who had no strength, despite the given IVs and fever medications and those who felt fatigued all over their bodies. Only yesterday, I had 8 positive patients out of which 3 were adults and the remaining five were children. Four of them were tested with rapid tests and the remaining with PCR tests,” said Stojanova – Atanasovska.

One of the patients is a 13-year-old boy who got infected by his cousin who arrived from abroad ad had symptoms as well. The doctor said the boy had a solid immunity.

“Despite two to three days with IVs and therapy, the boy’s breathing got worse and is now in Kozle, and is temporarily on oxygen support. It’s a child with a solid immunity and who had no other illnesses. The other patients are a group of young people, friends who attended the Ohrid Calling festival and got infected there. From what I can see, I can say that the virus is causing bad clinical picture. Even the children are having fever, the D-dimers are rising,” said the doctor.

She said that she had a patient at her surgery aged 13, living in Belgium but is visiting Macedonia. She returned from her summer holiday in Macedonia with a flight from Turkey and even during her stay she had a high temperature, but she didn’t test herself.

“When she arrived here, she had no strength even to stand on her legs. She tested positive. I think the main problem is that there is no control when it comes to large gatherings including flights, at border crossings, buses, and no one knows who is entering our country. On the other hand, there is personal irresponsibility, people are waiting to collapse and only then they are testing themselves and are taking any measures,” said the doctor.

Regarding the vaccination, Stojanova-Atanasovska considers that a massive vaccination is necessary but she thinks the children should not be vaccinated.

“I’m getting calls from worried parents who say that their children are training volleyball and other sports and their clubs are obliging them to get vaccinated. These are children aged 12,13. They are below the age of 15 and they, according to me, are not in a group that is obligatory to get vaccinated, said the doctor.