Today, the Minister of Foreign Affairs of the Republic of Macedonia, Nikola Dimitrov, denied the information that during negotiations with Greece, they are discussing the matter of identity.

“Negotiations have not yet started, we are currently drawing the contours at what level, in what format and when they begin. It is not useful to speculate about something that Minister Kotzias was briefed or not. Kotzias should be asked directly about this issue, I belive, that we need to extract identity issues from this negotiation process, because otherwise the problem will never be solved, said Dimitrov, adding that it is not historically appropriate to challenge the identity of a neighbor who is not a member of the EU or NATO.

Regarding the information on the revision of history, especially the part referring to refugees from Aegean Macedonia, Dimitrov said that if we want to develop relations between the two countries, historians should be asked how the Greeks look at us and vice versa.

Dimitrov said that he will focus on energy, economic and regional co-operation for the upcoming regional meeting in Thessaloniki, which will be attended by the foreign ministers, both from Albania and Bulgaria.

When asked whether it was possible for the countries of the region to engage in the name dispute with Greece, he stressed that at this stage, however, talks will take place on a bilateral level, adding that this issue is especially important not only for both countries, but also for the region and Europe itself. 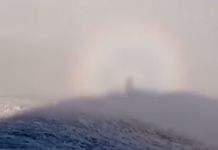 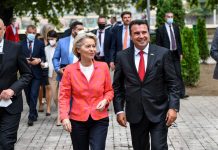