Meta.mk
Main Section Dimitrov and Kotzias had straightforward and frank discussion and the time frame...

For the first time we have discussed a time frame and the steps that should follow if a solution is reached, i.e. how it would look like and be implemented. This was a frank conversation, with great understanding of the needs of each other. The main challenge is how to compile the most serious concerns of both sides and find the mechanism that will provide us with this.

This was stated at a press conference held by Macedonian Foreign Minister Nikola Dimitrov with his Greek counterpart Nikos Kotzias at a government villa, in Ohrid, and it was stressed that some of the issues are progressing and some are ready for completion.The Greek foreign minister said progress has been made.

At today’s meetings of the working groups, the agenda for the future cooperation has already been coordinated, Dimitrov said.

“We had an open and straight conversation, we covered all the issues that make up the differences regarding the name issue. Progress has been made on some issues, because they are ready for discussion, and there are some issues on which there are still some differences. While we talked, a working group of high-ranking diplomats met regarding the progress that was made in Vienna ten days ago, practically coordinating the program regarding future cooperation in different areas. They also worked on a text to prevent irredentism from all sides and also worked on the preambular paragraphs of the future agreement on mutual cooperation”, the head of Macedonian diplomacy stated.

According to Nikos Kotzias, in the negotiations both sides are trying to solve problems that relate to the past and caused by others, but, as he said, it is the work of diplomacy.

“We have made that step that we could, today, a positive step, and we always hope that we will succeed making the most difficult problems easier. Of course, we were faced with big and difficult problems, because whenever we meet we are discussing difficult issues, but apart from the topics we deal with, there is mutual understanding. I want to express my gratitude to the diplomats of both countries. On the matter we have noticed progress, especially this framework of mutual cooperation, but also for the difficult issue that concerns irredentism”, the head of the Greek diplomacy said.

Both ministers said that the meetings will continue on 3rd and 4th of May in Thessaloniki, and also on 11th and 12th of May.

“As you have realized, as far as we are approaching and solving our problems, there are fewer issues to be solved, but they are still the most difficult ones. We will report back to our prime ministers about these talks”, Dimitrov said. 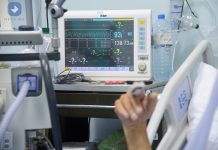