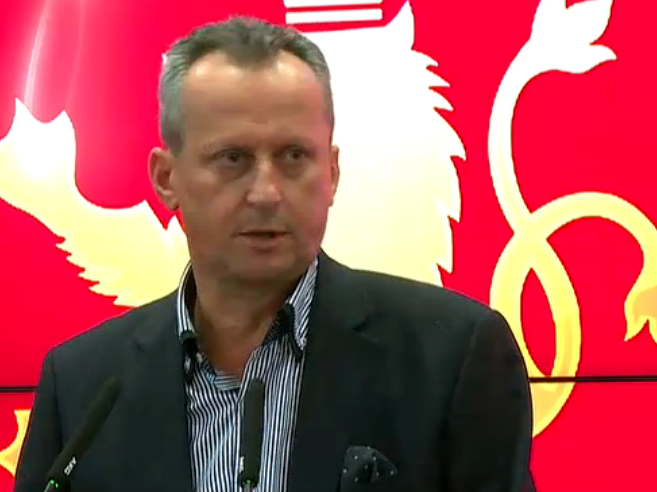 Within a period of less than three days, a series of events have occurred related to the last months of VMRO-DPMNE’s rule and their refusal to leave government. In order to remain in power, the party decided two years ago to put themselves above the Constitution and to continue to rule with violence disguised as incursion of the “people” in Parliament, and justified by the fictitious need for “the people to defend the country”. The consequences of such a policy can be felt today in the corridors of the courts and detention facilities in Skopje’s prisons.

In the time when the trial of the perpetrators of the violence in the Macedonian Parliament of 27 April, 2017 is ending and when the closing arguments of both the prosecution and the defendants are heard in court, the criminal persecution of the organizers or at least some of them, is initiated.

On Wednesday February 19, police knocked on the door of the home of former Parliament Speaker, Trajko Veljanoski, in order to detain him as one of the organizers of the violence. Beside him, former ministers Mile Janakieski (traffic and communications) and Spiro Ristovski (labor) were also detained – both of them from the opposition VMRO-DPMNE. Police are searching for two more suspects and although their names have not yet been released to the public, sources close to the investigation quoted by some media as well as the published initials, show that the persons in question are former Prime Minister Nikola Gruevski, as well as the former employee of the UBK, Nikola Boshkoski, who has been in Greece for over a year. Gruevski has already reacted through his favorite form of communication in exile – “Facebook”, asking the Prosecution to come up with the evidence regardless of the fact that the investigation is still ongoing and the trial of the organizers has not begun, and justifying this request with the uniqueness of the whole case.

Janakieski and Ristovski ended up in custody extremely fast with a decision by the Criminal Court, to  which no-one should be astonished if you take into account the gravity of the crime they are suspected of which is a “terrorist threat to the constitutional order and security”. Former Parliament Speaker Trajko Veljanoski is still at large because of his parliamentary immunity. However, despite the fact that the Criminal Court made a request to Parliament to strip him of his immunity, they stumbled upon a legal labyrinth. However, Veljanoski is also expected to be put behind bars very quickly, having in mind the short deadlines for the Commission on Mandate-Immunity and the Parliament in a plenary session to decide the fate of his parliamentary immunity.

Not even 48 hours have passed since Janakieski and Ristovski were taken into custody in Skopje, a fight broke out in the prison yard. The media say it happened among the people accused in the “Divo Naselje” case and Mile Janakieski and his colleague Ristovski. Janakieski wound up in a hospital with bruises and injuries, and after his return to prison, he and Ristovski were put in the so called “Hague Detention” and special regime of walks for them was set up in order to avoid another confrontation with the other side in the aforementioned physical fight.

VMRO-DPMNE leader Hristijan Mickoski used the whole case for theatre, while SDSM claimed that the fight was started by the former ministers, and finally the European Commission Delegation to Skopje also reacted, noting that Prime Minister Zoran Zaev should ask for the resignation of the director of the prison, Gjoko Kotevski, who agreed to resign.