Bulgaria should not be silent about Macedonia! It should come up with a position that is against the violation of borders, separatism and against all attempts similar problems to be solved by violent means. This was stated by the leader of VMRO-BND Krasimir Karakachanov in the show “Wake Up” at Bulgarian TV “Nova“.

He noted that Kumanovo is located only 70 kilometers from the Bulgarian border and added that what is happening in Macedonia is a result of ethnic tensions in Macedonia since 2000-2001.

– Then the conflict began in the same way. Ten days ago, such a group in Western Macedonia occupies a police station, but there was not such a radical response from the authorities. Perhaps this armed group came as a good occasion for the authorities in Skopje to make a noisy action and shift the focus of protests against them and to direct it towards the Albanian separatism – said the leader of VMRO-BND.

According to Karakachanov, the problems were set with the Ohrid Agreement, which gives greater rights to the Albanian population in Macedonia.

Bulgarian political scientist Anton Todorov thinks that the happenings in Macedonia will lead to the disappearance of the country.

– I’m not the greatest connoisseurs of Macedonian works, but as far as I’m informed, what happens at the moment, is actually part of the process in mid-term perspective which, in my opinion, will lead to the disappearance of Macedonia as a country. It is a natural process. In 2001 the Ohrid Agreement was signed, which made a change in the Constitution, and whereby, when an ethnic community will reach 20 percent or more of the population of the country, its language automatically becomes official. Currently Albanian is official language in Macedonia. The most interesting fact is that if you read this agreement, it provides that people with Macedonian nationality should also study Albanian – said Todorov. 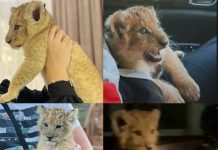