The first meeting between between diplomats and the new Minister for Foreign Affairs, Nikola Dimitrov took place yesterday, where he talked with the ambassadors of Croatia and Slovenia, Danijela Barisic and Milan Jazbec, announced the Foreign Ministry.

At the meeting at the MFA, acting as co-organizers, the ambassadors Jazbec and Barisic invited Foreign Minister Dimitrov to the Ministerial meeting which will be held tomorrow on the sidelines of the meeting of leaders from the “Brdo- Brijuni Procesa” in Brdo, Slovenia.

The ambassadors congratulated Dimitrov for taking office and wished him success, also stressing that he will have their constructive support in achieving Euro-Atlantic and European goals as top foreign policy priorities of the country. 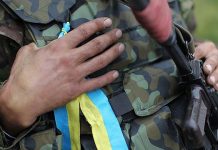