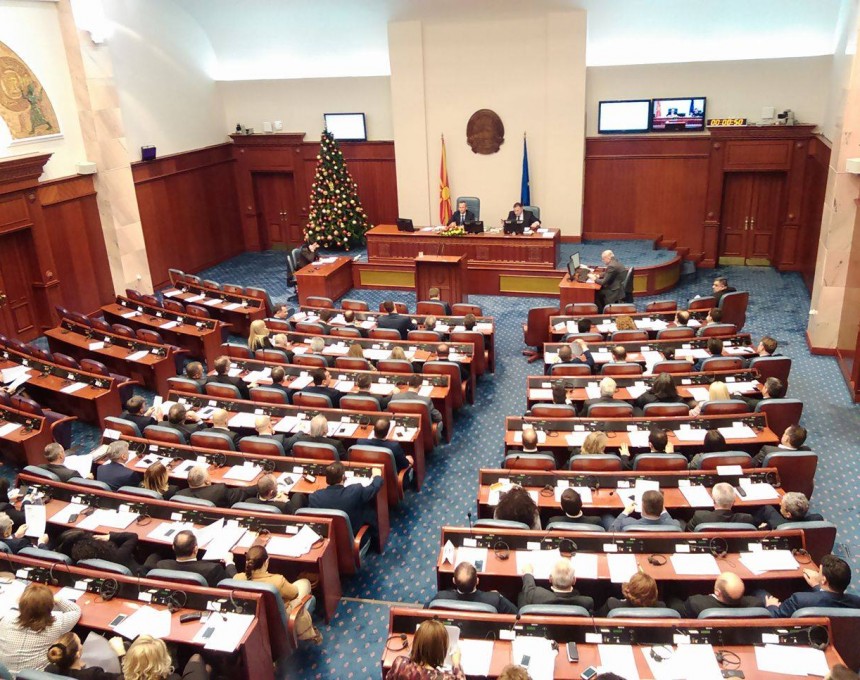 The next session is set for tomorrow at 11h with questioning sessions with MPs.

Yesterday was spent on cross-party quarrels among the MPs from the ruling coalition. The government partners, SDSM and DUI were accusing each other through the media and were showing impatience.

SDSM has requested an answer from Xhafferi why did he stop the session. SDSM and the coalition’s coordinator Jovan Mitrevski said that there was a quorum for voting and that the MPs from the majority were ready to make a decision that would have allowed the court to continue with its processes without any obstacles.

Xhaferi explained that he has stopped the session because of the SDSM’s Muhamed Zekiri’s rude behavior and because the time for voting has expired.

Zekiri rejected these claims and said there wasn’t any behavior or situation that resembled of a need to stop the session.

-The question is whether Talat has been working on purpose in favor of VMRO-DPMNE and Veljanovski not to face justice – said Zekiri.

The clash between the coalition partners is happening at the same time as the talks for finding an adequate joint presidential candidate for the forthcoming elections.