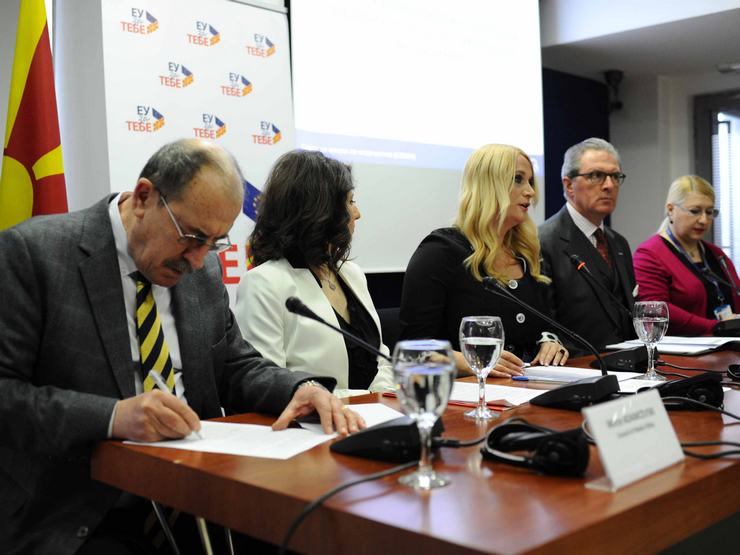 The Council of Media Ethics of Macedonia (CMEM) and the Association of Journalists (AJM), in regard to the media reporting on suicide cases have called upon journalists to respect ethical standards and norms and to withhold from sensationalist reporting.

“We remind that Article 7 of Media Codex according to which “journalists will respect the privacy of the person except when it is contrary to public interest. The journalist is obliged to respect personal pain and grief.” Also, we remind of the media’s responsibility that is written in Article 8 of the Code, according to which “the ways of reporting on misfortunes must be free from sensationalism.” The Code clearly indicate the journalists’ obligation to report on suicide cases only if they are a matter of wider public interest or is about public personas, in order to inform the general public objectively and to avoid potential speculations. But even in those cases, journalists’ have the responsibility to report with balance, with solid evidence confirmed from relevant sources and sometimes always respecting personal pain and grief of the victim’s family” informed both organizations.

AJM and CMEM also point out that extreme caution will have to be exercised when reporting on suicide, given the possibility of such an act being repeated by a vulnerable category of citizens which was indicated by the World Health Organization.