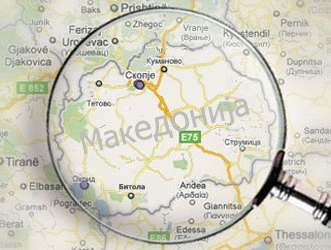 The population census will be conducted from 1 to 21 April in 2020. Approximately 5,000 census enumerators will be engaged in the field, and this time round, officials will use combined methods, not solely using only field data, but also data from registers. Operational costs are estimated at 8.5 million euros.

This information was given by the director of the State Statistical Office, Apostol Simovski in an interview with MIA, where he expressed regret that the 2011 census was unsuccessful and that they as an institution will carry the failure as a burden.

“Because we are celebrating 73 years of the existence of the State Statistics Office in the Republic of Macedonia, it is with great regret I conclude that what we were perhaps most infamous for in this country – conducting an inventory, in 2011 we were not able to accomplish. Whatever the reasons were, we will carry this burden for a long time. I hope that with the implementation of the new census, we will be able to prove that we are the institution to conduct such a statistical survey and that we were least at fault for the failure of the previous census. We must admit to some guilt. That guilt was because we allowed access for politics to enter the census. It’s something we can not afford to happen; at least while I am here, I can say that this will not happen. There may be all sorts of attempts, but we will make sure it won’t reoccur, rather it will be what it should be – a statistical operation and nothing more, says Simovski in the interview.

In addition to the combined data collection, the census will not be conducted with paper questionnaires, but the field census will be carried out on computers.
Simovski emphasizes the importance that it is done in a such a way, meaning this way the final data, will be available in a much shorter time, instead of waiting 18 months to two years. 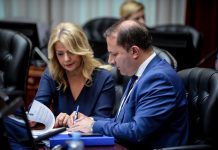 CDU/CSU: Opposition must not block Macedonia’s EU and NATO perspective as it risks further isolation