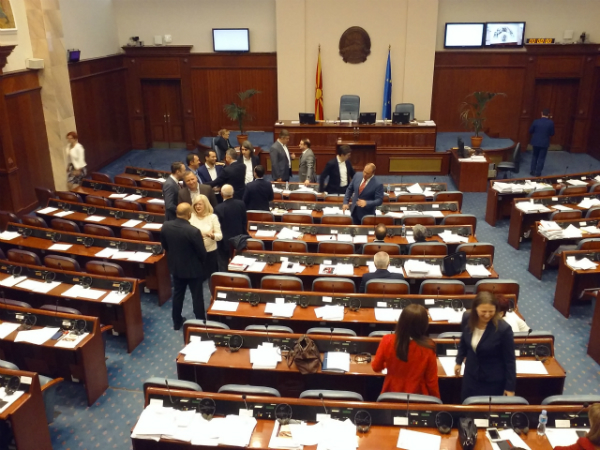 While reporting on Saturday and yesterday about the vote in Macedonian Parliament, where four constitutional amendments were adopted, which, among other things, Macedonian MPs accepted the change of the name of the Republic of Macedonia, most of the media and some news agencies in neighboring Bulgaria and Serbia, wrote headlines and in part of the texts that Macedonia was officially renamed on Friday evening, that is, it is “North Macedonia”. The same conclusions that Macedonia already has a new name – were written in articles related to the reactions of leading figures from Macedonia, Greece, the EU and NATO.

Nevertheless, according to Constitutional Law, which was also adopted, as well as the Prespa Agreement, the amendments will come into force and the new name of Macedonia will become the official name of the state after the Prespa Agreement is ratified in Greek Parliament, with which will become official, and then the United Nations Organization (UN) will be notified.

Serbian and Bulgarian media outlets on the weekend wrote headlines like “From yesterday North Macedonia” or “Our neighbor became North Macedonia”. One Serbian medium even made an unheard castling with the title, and wrote the new name as “the Northern Republic of Macedonia”.

Part of the media in Serbia and Bulgaria, informed adequately, both in the headlines and in the articles, since the constitutional changes have been announced, and noted that the Macedonian Parliament has accepted the new name or that the constitutional amendments with which the name will be changed, explaining that the name will be changed after Greece, i.e after their parliament ratify the Prespa Agreement and it will come into force.