The pressure on the newly appointed President of the European Commission, Jean-Claude Juncker, is growing after the discovery of the secret tax deals which Luxemburg Government regularly makes with major international private companies in order to minimize taxing by the International Consortium of Investigative Journalists.
The scheme called “tax ruling”, even though not illegal, was kept in secret, which raised a series of moral issues among the public, especially in a period of economic crisis, when the regular European citizens are stricken by the governmental savings measures.
MEPs from the ranks of the Liberal Democrats and Social Democrats in the Parliament are demanding the new President of the European Commission to meet with MPs on Wednesday or Thursday, when a session of the European Parliament in Brussels is scheduled to be held, but, for now, Juncker doesn’t intent to do so, said his spokesman, Margaritis Schinas, until it is requested by the Parliament as an institution, rather than by political groups.
Juncker is a member of the European People’s Party, Christian Democratic right, which has a slim majority in the European Parliament.
Liberals and Socialists announced that the issue would be discussed at the 12th and 13th of November, in the absence of the President.
As a former Prime Minister and Finance Minister of Luxembourg in the time when these schemes were established, Jean-Claude Juncker is considered directly responsible. MEPs, national politicians, journalists and editors demand his resignation on account of the belief that his role in these tax schemes casts a long shadow over the start of his integrity as head of the EU executive authority.
Renowned US Bloomberg published an editorial in which it calls Juncker to resign from his function in the name of the credibility of the European Union.
Т.М. 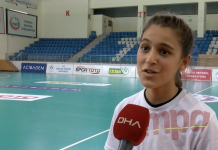 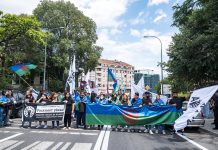