Meta.mk
MKD Bosnjakovski: Zaev did not ask for “Macedonian” to be removed from the...

According to government spokesman, Mile Bosnjakovski, in a letter to Ecumenical Patriarch Bartholomew, the Macedonian Prime Minister did not ask for the word “Macedonian” to be removed from the name of the Macedonian Orthodox Church.

As previously announced, the Macedonian Orthodox Church – Ohrid Archbishopric (MOC-OA) and Prime Minister Zoran Zaev addressed the Ecumenical Patriarchate with a request for autocephalous status for the MOC-OA.

“Prime Minister Zaev has sent a petition to resolve the long-standing issue of the church. In the correspondence that was sent to the Ecumenical Patriarch, they did not ask for the word “Macedonian/Makedonska” to be removed. Concerning all other information, we suggest you ask the Synod”, said government spokesman Bosnjakovski while responding to a journalist’s question at today’s regular press conference in government.

According to the government, Zaev’s letter was “just one contribution that we believe should be made in order to solve this long-standing church issue”. 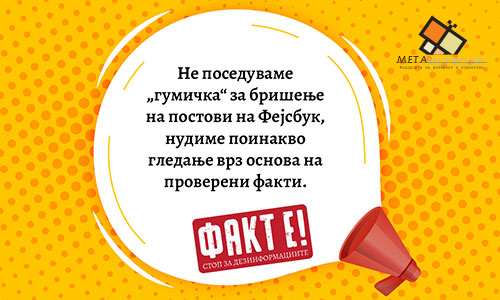