The Ambassadors of the US and the EU in Macedonia, Jess Bailey and Aivo Orav submitted a letter to Interim Prime Minister Emil Dimitriev, with their criteria s, which must be met for the elections to be fair and democratic.

The first criterion is that the State Election Commission (SEC) by February 19 is to be fully staffed and funded. Regarding the voters’ registry it must have completed an initial cross check of all relevant databases.

The SEC, it said in the letter must have a credible program in place with sufficient time and resources to investigate and adjudicating the anomalies found during the cross checks. A clear legal framework must be in place for the timely removal of names that do not belong on the voters’ list, and mechanisms established as appropriate for flagging names that cannot be removed but which require extra scrutiny. as well as appropriate mechanisms to be introduced to mark the names that can not be removed, and will require additional checks.

The second criterion is that political leaders must come to an agreement on reforms within the media in order to provide an objective and unbiased information and equal treatment for all political parties.

The Ambassador’s third criterion states that suitable measures must be taken to ensure sufficient separation between the State and political parties.

After the meeting Orav noted that they had expressed their support for the conduct of credible elections and their commitment to provide technical and other assistance in order to create conditions for credible elections.

The EU Ambassador said that on February 20, before the dissolution of Parliament, the European Union and the United States will consult with local and international experts and will assess whether there are conditions for credible elections.

US Ambassador Bailey, said that at the meeting, as friends of Macedonia, everyone will contribute their views.

“In the end, however, it is up to the Parliament, the Government, and your political leaders to make decisions. They are responsible for putting their nation back onto the Euro-Atlantic path.
We also reiterated that we encourage all parties, citizens, and organizations to participate in elections. Such participation is the best way to strengthen democratic processes.
We also encourage party leaders to refrain from attacks on public officials whose job it is to create the conditions for credible elections; they have a difficult job to do. Such rhetoric is unhelpful and undermines faith that elections can take place under conditions conducive to their being broadly accepted as free and fair ”, said US Ambassador Bailey. 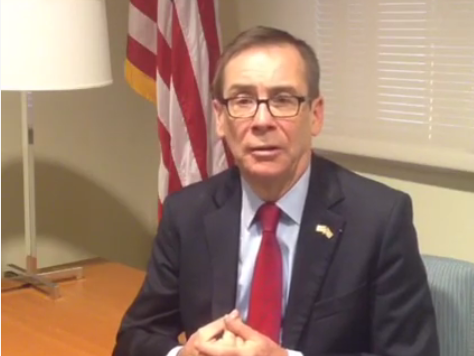