Meta.mk
World Balkans Athens following the incident of Venizelos: US still haven’t forgiven us for...

The scandal with the absence of Evangelos Venizelos at the NATO ministerial meeting on account of the registration of Macedonia under its constitutional name caused reactions in the Greek media and raised a lot of dust. According to the Greek press, the decision Macedonia to be registered under its constitutional name in the Joint Declaration of the meeting for the decisions regarding ISIS is equal to a diplomatic scandal. According to the media, this is foul of US on Greece and the decisions of the United Nations.

Greek media are full of news about the situation because of which Venizelos estimated that it is more important to stick to the Greek position rather than to be part of the discussion for ISIS. “Foul by US regarding the name FYROM”, “US named FYROM as Macedonia in the Joint Declaration”, “US provokes, registered FYROM as Macedonia”, “Venizelos angry at the US” are just some of the headlines in the press, online editions of the Greek newspapers and news portals.

Newspaper Ethnos commented that the case is an indication that the US still haven’t forgiven Greece for Bucharest 2008. “State Department’s bureaucracy would never forgive Greece for the veto for the admission of FYROM under the name Macedonia in NATO,” reads the newspaper, commenting that Greek veto still continues to cause problems and will continue to do so in the future, considering that Victoria Nuland, who dealt with Macedonia’s admission to NATO at the time, is now Assistant Secretary of State. “The message from the United States is entirely negative and worrying”, reads Ethnos.

Analyst George Zogopulos says for “Meta.mk” that this reaction of Venizelos was quite expected.

– His action was expected, the reaction is in compliance with all decisions regarding the Macedonian-Greek dispute at the level of NATO and the EU – says Zogopulos.

He points out that the reaction is just further confirmation of the Greek position and red lines in the name dispute and Greek determination not to deviate from them under any pressure from international forces until there is a gesture from the Macedonian side.

Venizelos has repeatedly emphasized that, despite the crisis, Greece failed to succumb to international pressure and allowed to be conditioned for the austerity package through demands for concessions from its position on foreign policy. 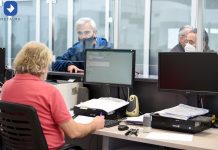