Meta.mk
Main Section At the front lines, a battle with the coronavirus is fought until...
Facebook
Twitter
WhatsApp
Viber
Linkedin
Email

All is quiet between the walls of the Infectious Diseases and Febrile Conditions Clinic in Skopje. It is nicely lit, the surfaces are disinfected and clean, there is no noise nor swarm of people.

At first glance, nothing tells that this is the look of the front line in the battle against the invisible enemy that conquered the world and has completely changed the way of living – the novel coronavirus. This is a battle fought literally until the last breath.

At the very center of this battle, beside the Skopje City Hospital “8th of September”, is the Infectious Diseases Clinic. There, standing shoulder to shoulder, are the doctors, the nurses, and the patients, encouraging one another in the battle against the virus which they are fighting together.

We visited the clinic today to witness the battle these people are fighting. At the ward where we went first, we saw patients with a “stable clinical condition” or simply put, our fellow citizens that most likely will recover from the sickness and will return to their families. Most of them were counting the days until the victory would be proclaimed.

But, there were people whose condition was critical. The biggest battle was fought for their lives. Where necessary, the majority of the personnel intervened and they looked after the tiniest detail.

At one moment, when a patient who was on an oxigen support needed the tank replaced, it seemed the complete personnel was there nearby. One of them held his hand, while two others helped him change his body position. Two more were trying to place a new oxygen tank, while other colleagues were monitoring his vital signs. When they changed the oxygen tank, they continued onward together to check other patients in the remaining rooms of the clinic. 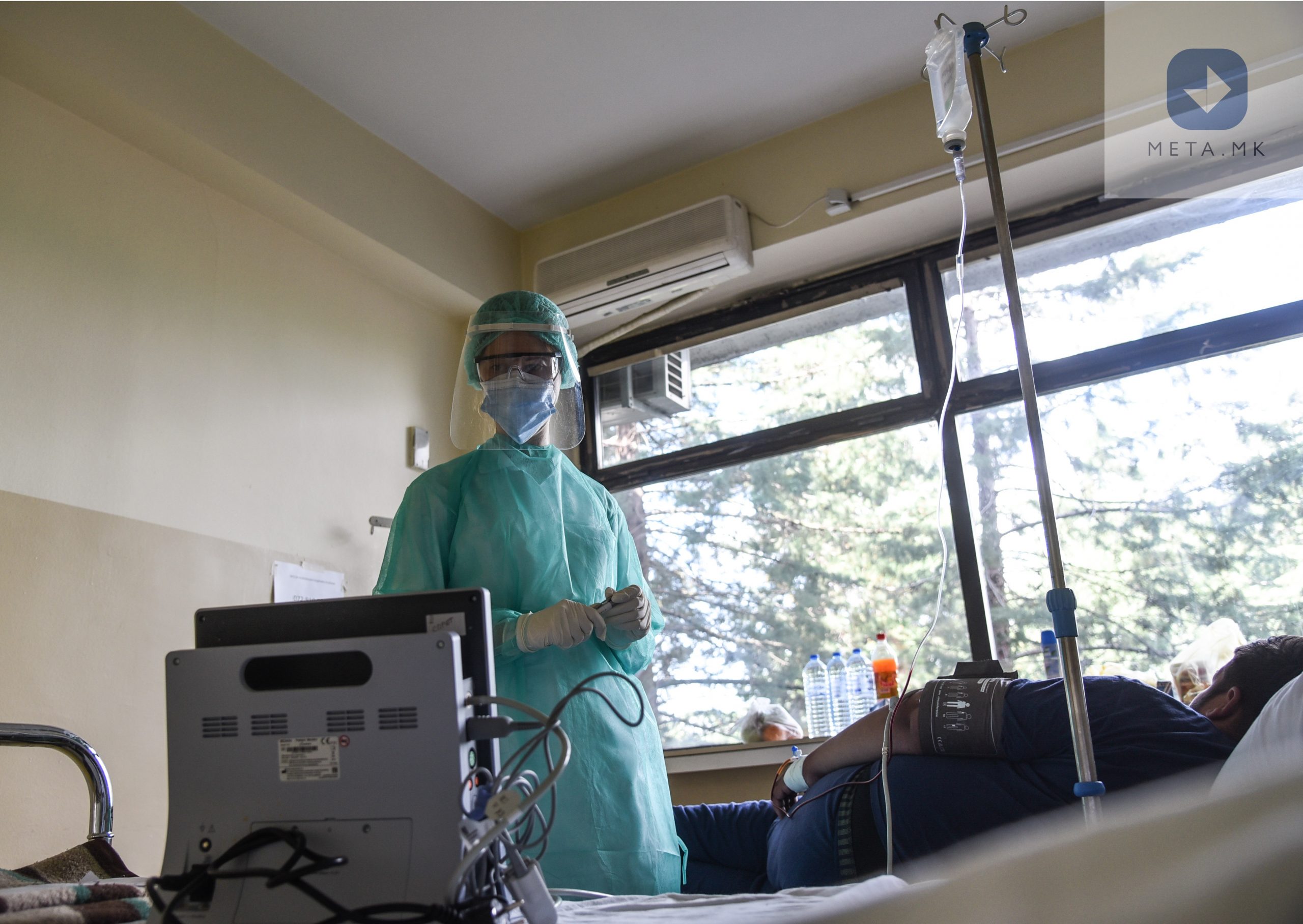 The clinic employees together with the clinic’s director, were taking care for our security and safety while we were witnessing their work. It wasn’t easy to endure a longer period when wearing all layers of protective gear that the medical personnel wears every day.

Dressed in protective suit, with a mask and two pairs of gloves… After some time it becomes very obtrusive to the body. It’s getting hotter under all those layers, the breathing becomes more difficult because of the mask, while the goggles are fogged all the time. After a certain period, I simply could not take photographs anymore, while the people who worked at the intensive care wore their suits for hours and were still functioning normally.

Despite people’s frivolous approach towards the situation and despite the many victims who lost the battle in front of their eyes, these people continue to fight and risk their lives to save other people’s lives.