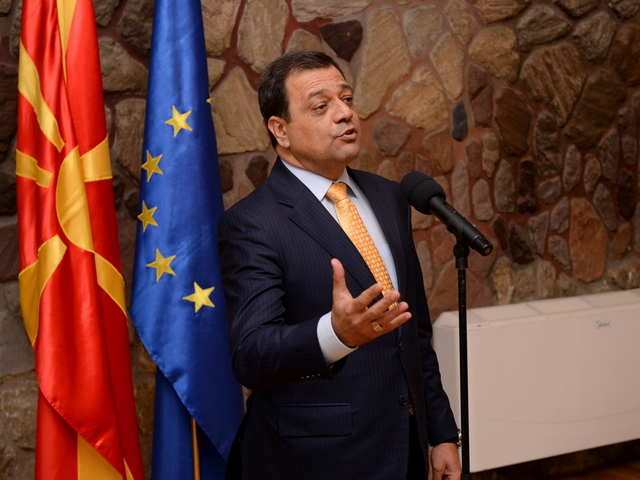 The Anti Corruption Committee has started an initiative with which it will request from Prime Minister Zoran Zaev will request to start a procedure against the Deputy Prime Minister Kocho Angjushev concerning the government’s decision to decrease the price of lithium batteries for accumulators. As informs Radio Free Europe, the Anti Corruption Committee has determined a conflict of interests and for making this decision the majority of the committee voted in favor of.

In his press release, Angjushev claims that he didn’t violate any legal regulations. He stressed that he doesn’t know the reasons why the Committee has made this decision stressing that he will comment on the decision as soon as he receives written notice.

-Regarding this case where the customs rates were decreased for lithium batteries for accumulators, once again I confirm that I submitted a statement where I exempt myself from acting and deciding – stressed Vice Prime Minister Angjushev.

Angjushev said that he has submitted all requested documents and data for cases started by the Anti Corruption Committee in order for the truth to be determined.

The Anti Corruption Committee’s decision arrives after an anonymous whistler has filed a report against Angjusev. The report for conflict of interests arrives after he was attending the government’s session during which the decision to decrease the rates for the lithium batteries was passed.