The Council of Public Prosecutors at today’s session decided over the cases for “Magyar Telecom”, Zoran Verushevski’s gun and the child pornography charges against his son, to return the cases to the jurisdiction of the Public Prosecutions Skopje and Prosecution for Organised Crime and Corruption.

The President of the Council of Public Prosecutors, Petar Anevski said that it was pointed out to Katica Janeva that as a Public Prosecutor, she should be accountable to the Council for its legal proceeding, but Janeva remains adamant that she will not attend anymore sessions with the Council, and asked not to be invited anymore.

“She belittles and humiliates the Council of Public Prosecutors and I don’t think in the future, that we will call her before this Council. With seven votes “for”, the decision has been made that certain legal proceedings will continue to stay in the jurisdiction of the Public Prosecution Skopje and the Prosecution for Organized Crime and Corruption. So, all the cases we have, will be returned to the public prosecutors, “said Petar Anevski.

After the announcements from the Special Prosecutor’s Office that they will investigate on their own into the disputed cases unless they are transferred to them, Anevski says that no one is preventing the SPP of forming their own cases and continuing legal proceedings which are part of the Council, to re-open dismissed criminal charges and suspended investigations and to activate them.

“The fact remains, that she is obviously not competent enough to deal with these cases she has requested and therefor she exceeds the legal powers she has,” said Anevski. 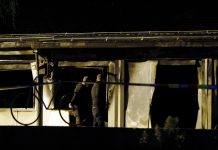