Meta.mk
Main Section A Macedonian Phenomenon: No-one Knows (or won’t say) If and When the... 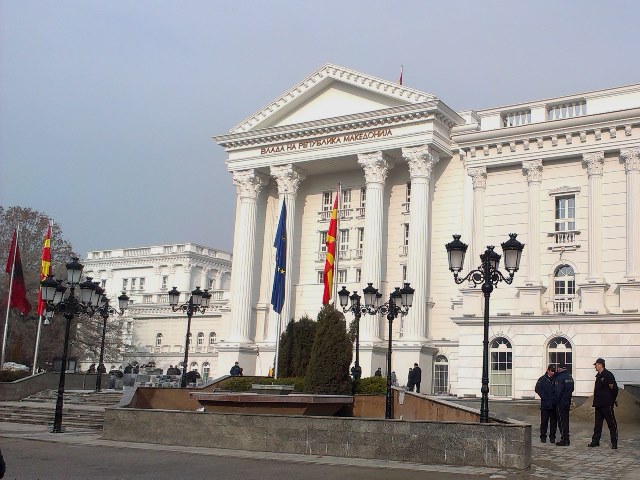 The Macedonian people have little idea if and when the Government meets, and what they ultimately decide when they do get together for these sessions. We very rarely see statements such as: “At today’s Government session, it was decided…”, or “Today Government members discussed…”, and we never see, “Tomorrow, the Government…”.

We asked Aleksandar Georgiev, a Government spokesmen why the Government does not publish details, even statements from their sessions and where they are held, however, he did not answer our question.

The Government website is also very secretive and vague, the last report of a Government session was on August 14 (in the wake of the floods in Skopje on August 6, when they decided to fully compensate victims and families affected).

Otherwise, it is reported that the Government meets regularly every Tuesday, or that was the case until October 29, 2014, when, at around 10:00pm, large calibre projectiles ended up embedded in the Government building’s facade.

Since then, unofficial sources have said that the Government will no longer hold sessions only on Tuesdays, and in future, no prior information will be made available to the public.

The reason for this decision was apparently to prevent such incidents happening in the future.

Unlike Macedonia, in Serbia for example, the Government meticulously and efficiently logs each session after it has finished, and as soon as possible they publish decisions made at the sessions. The Croatian Government are similar and also publish their sessions neatly and transparently. While the Bulgarian Government’s official website publish’s not only dates and times, but also the agenda for each session, followed by a statement of the outcome.

Otherwise, in Article 7 of the Law on Government in Macedonia, it states:

1. The Government is obliged to inform the public about its work and the realization of their yearly program from Article 6 of this Law.

3. Issues related to the manner of informing the public concerning the Government’s work, are regulated in accordance with the rules.