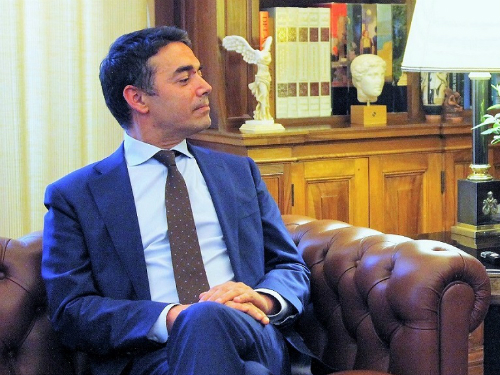 The Ministry of Foreign Affairs has prepared the draft law for foreign affairs that defines the criteria for selecting ambassadors i.e. it determines that out of the total number of heads of diplomatic outposts at least 80% should be chosen from the ranks of career diplomats.

“For an extraordinary and plenipotentiary ambassador i.e. a general consul can be appointed a career diplomat with a diplomatic title of at least ministerial adviser who has worked at least 15 years in the Ministry, out of which 5 as a manager and with at least two mandates of working in diplomatic-consular outposts” indicates the draft law for foreign affairs published by the National Electronic Register of Regulations.

This document states that the head of a diplomatic outpost, as an exception i.e. a non-career diplomat, can be a person that has to have a higher education and to have a 15 year career in the area of politics, economy, foreign policy, international relations, international law, culture or science, out of which at least 4 years at a managing position.