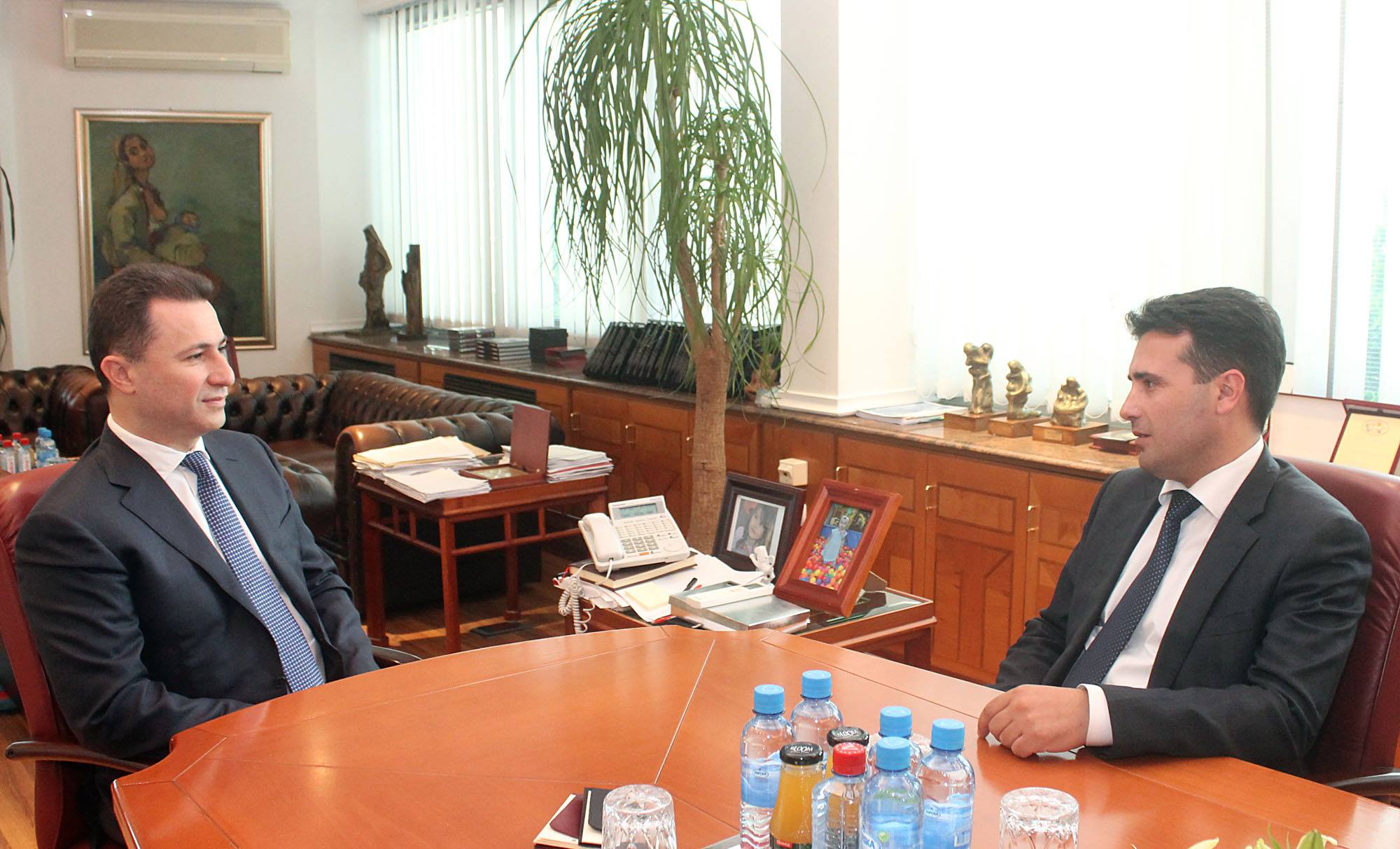 SDSM leader Zoran Zaev and Prime Minister Nikola Gruevski had several secret meetings, speculates Deutsche Welle, analyzing the outcomes of the “bomb” that was announced by the head of the opposition.

“Given that Zaev put the credibility of the opposition leadership at stake, public expectations are raised to the highest level. But, while the suspense lasts, the public speculates that two tête-à-tête meetings between Gruevski and Zaev were held, on which the “bomb” was placed in the negotiating function in order for Gruevski to accept formation of technical government, not immediately, but gradually, after the other four demands are met. SDSM denied the claims that there were secret meetings between Zaev and Gruevski, VMRO-DPMNE ignored them, and Government Spokesman didn’t answer whether meetings were held between the two leaders in the interest of overcoming parliamentary crisis,” writes Deutsche Welle.

Almost two months now, Zaev announces exclusive information, after which, the Government of Nikola Gruevski and the Prime Minister himself would have to resign in three days, but also Macedonia and its citizens will have to walk around with their heads down because of the “crimes” of the Government. He sends the same message from almost all debates that the joined opposition intensively held the past few days.
– I am glad that SDSM and the opposition have the ability to precisely and systematically prepare the whole documentation of arguments and evidence. And I publicly stated: at the time when it will be released, Gruevski would have to resign within three days, but, unfortunately, the honor of Macedonia will be damaged and I personally believe that it will disturb the sensibility of interethnic relations. My faith in the evidence and arguments which prove that there is no freedom and democracy in Macedonia is so great that it puts my political credibility and the credibility of the entire leadership of SDSM at stake. If we fail, then we don’t deserve to politically lead the opposition – emphasized SDSM leader Zoran Zaev in Bitola.
On one of the last debates, SDSM again threw down the gauntlet by asking “what kind of a country is this in which the Prime Minister didn’t respond to the threat of an opposition leader.”
This gauntlet was expressly picked up and immediately returned by the governing VMRO-DPMNE, insisting that Zaev should immediately “activate the explosive device.”